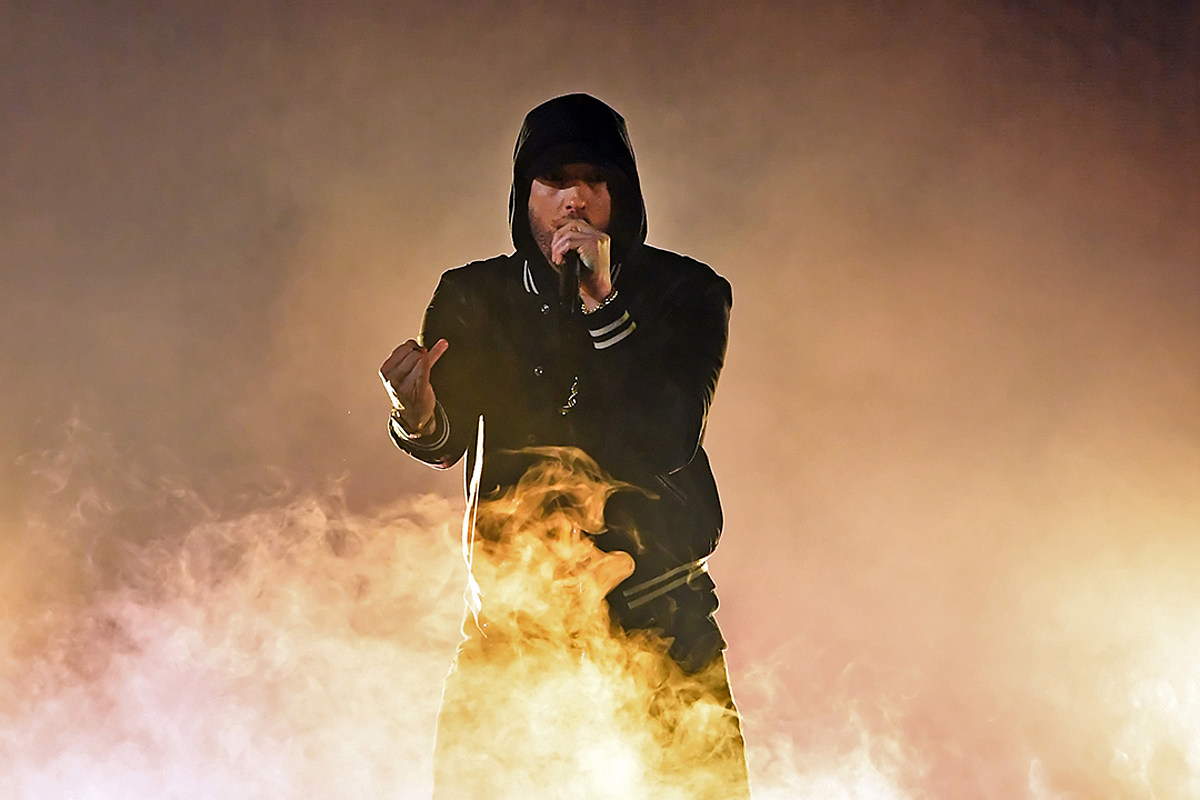 Eminem’s legendary status isn’t up for debate. Over his past 25 years in the game, the Detroit-raised rapper has made a name for himself as rap royalty. He possesses two diamond-selling albums and 10 consecutive No. 1s on the Billboard 200 chart. Aside from a commercially successful track record, Em’s technical precision, lyrical supremacy and way of embracing everything that sits opposite of normal has garnered him respect in areas that range from the barbershop to the Grammys.

In 1996, he delivered his very first album, Infinite. Three years later, Eminem found his groove with the release of The Slim Shady LP, an effort that introduced one of the most iconic alter egos in rap. As he continued to rise from the depths of the underground scene to the heights of mainstream stardom, that project also served as his first LP under the guidance of legendary mega-producer Dr. Dre and record executive Jimmy Iovine, who signed Em to Aftermath Entertainment. The MC’s three-peat of albums was fulfilled with that opus and the following releases of The Marshall Mathers LP in 2000, and The Eminem Show in 2002. Both offerings, bolstered by one-of-one moments that upped the replay value of each song, currently sit as two of the best-selling albums of all time, achieving diamond certification and counting.

Despite having an extensive track record that could fill a Super Bowl halftime show on its own—thumbs up if you’re hype for the 2022 Super Bowl halftime show that will feature Em, Dr. Dre, Snoop Dogg, Kendrick Lamar and R&B legend Mary J. Blige—the 48-year-old rapper continues to keep his fans fed with efforts like the most recent release of his Music to Be Murdered By album in 2020. The well-documented controversy for its insensitive lyrics has subsided compared to where it once sat, but the album still reigned as one of the best projects of that year. It’s further evidence that Marshall’s sauce still hasn’t gone bland.

With speculation surrounding his next album, to which fans thought they were getting upon the release of Marvel’s new movie Venom: Let There Be Carnage, earlier this month, XXL ranks all 11 albums in Eminem’s discography. Check them out below.

Which album is your favorite?

Jeezy & Jay-Z Once Fought Off A Group In Vegas: “Hov Got Hands”

SZA Feels “Disrespected” By Photographer Who Posted Pics Without Her Consent: “Scary”

Cassandra Peterson reveals why Brad Pitt was rejected for Elvira: The...