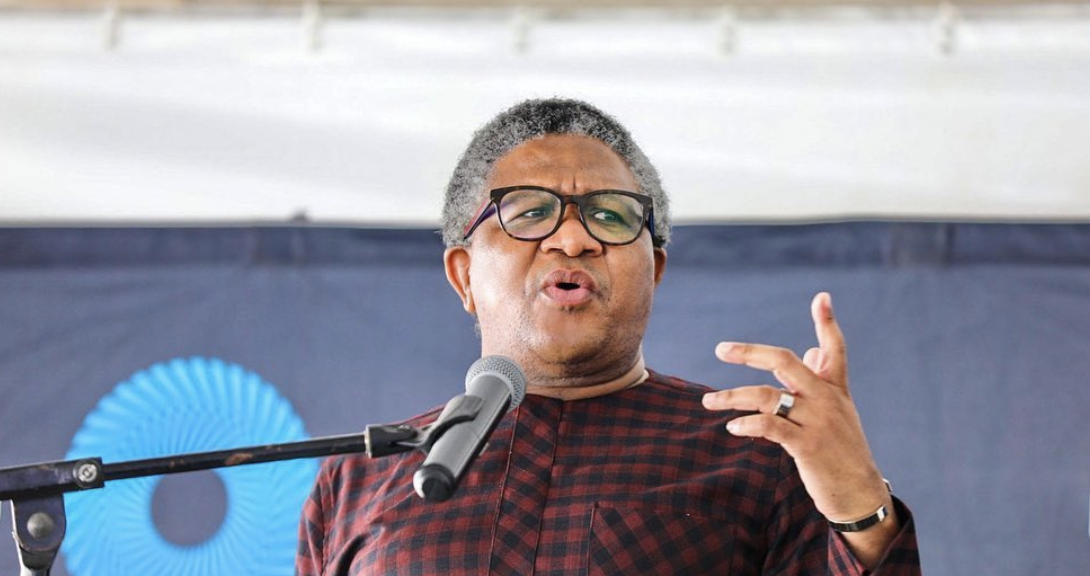 Fikile Mbalula Reveals Why He Reserved His Comments On Drakes #CLB Album. Social media platforms have made it very easy to communicated with others. Thanks to platforms like this, society can also interact with government officials about anything under the sun. Minister of transport Fikile Mbalula has to be one of the most popular ministers on twitter as he is often dragged into a lot of debates on the platform.

The streets of social media is going crazy following the release of Drake latest album Certified Lover Boy. Drizzy fans have been anticipating the release of the album all week, and the hype around it has been huge. The album created more anticipation following Kanye West’s Donda album which dropped earlier in the week.

The project has been trending in South Africa as fans have been sharing which song is their favourite out of the entire offering. Former DA leader Mmusi Maimane landed at the top of the trends after he also joined in the craze on twitter, having posted a quote from the Jay Z assisted track Love All.

Other social media users were curious to know which other politician listened to the Certified Lover Boy album and what they thought of it. A tweep reached out to Fikile Mbalula, asking if he has had a chance to check out the much anticipated album. Mbalula responded confirming that he did, but chose to reserve his comments because conversations on twitter always come back to him being questioned about pot holes.

This followers a little banter Mmusi and Fikile had on social media when Mbalula blocked Maimane on twitter without saying why. Maimane who is the leader of MOSA (Movement For One SA) has challenged Fix to adopt a new strategy of representing his political camp in a manner where the people can interact and contest the decisions made, instead of beating around the bush by ducking and diving all concerns.

Maybe that’s why Fix decided to take a back seat this time.