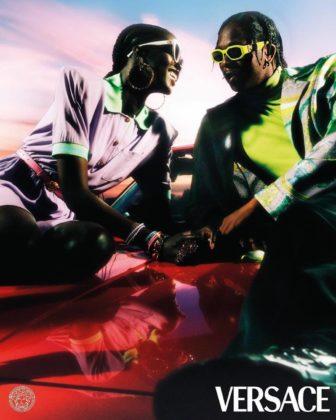 Runtown‘s former girlfriend shared the update about their split via her Instagram page on Monday, the 19th of July 2021. Adut Akech was asked if she is single, to which she categorically said yes.

Going on her Instagram page, Runtown’s former girlfriend, Adut Akech told her followers to ask her questions, in order to ease her boredom. One of the questions was someone asking if she is single, to which she said;

Runtown and Adut Akech came out as boyfriend and girlfriend back in 2019 and have been the envy of many since then until their split now. We even reported when they went on a romantic getaway for the Soundgod’s birthday last year. Adut Akech wrote in her birthday message;

Happiest birthday to my person, my G and lover. I’m grateful to be spending this special day with you. Wishing you more life, success and happiness, love you baby @runtown …
Go wish SoundGod a happy birthday …

The South Sudanese model was also featured in the music video for the Nigerian singer’s hit single, Kini Issue. Runtown and his girlfriend will however not be the first to split up after taking their romance to the big screen. Davido also quite famously featured his ex-fiance, Chioma on the hit single, Assurance back in 2018.