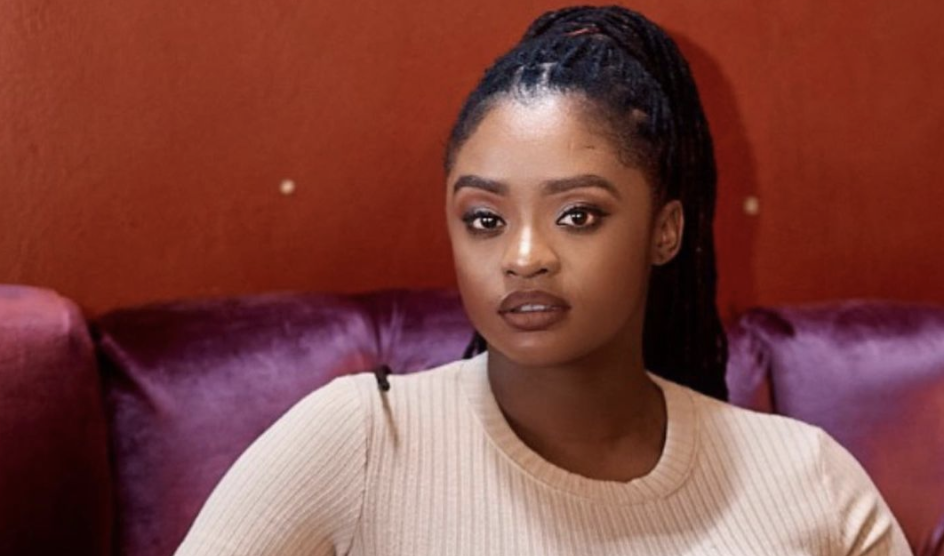 Samkelo Ndlovu Responds To DJ Alleging She Owes Him R12K. Actress and musician Samkelo Ndlovu has proven countless times on social media that she is not one to be messed with. The former Rhythm City actress found herself in hot water after DL Lesedi revealed that she owes him R12K. Ndlovu has since responded to the allegations, claiming that she does not owe anybody money.

The plot is thickening as Lesedi revealed that he has taken Samkelo to the small claims court to fight for what is rightfully his. The DJ has also shared texts between him and the mother of one to prove that indeed she has been dribbling him about the money.

In response to the DJ’s claims, the actress has taken to social media and has been sharing content insisting that he is not going to win the fight this time around. In a lengthy post on her Insta story, Samkelo shared her side of the story and maintains that she has never owed Lesedi R12K because he has never cost that much to book, She added that Lesedi was not the only DJ that was booked and they have all been paid.

She added that Lesedi’s fake lawyers from a public relations company with weak grammar and no knowledge of legal jargon will not scare her as they know the situation very well and have since gone silent. She also appealed to social media users that have been in support of the DJ’s claims, urging that they let the situation play out before taking sides.