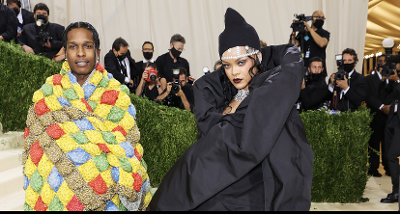 If doing too much was an event, then it most definitely would be the MET Gala right next to Easter Sunday. For the ones not lucky enough to be invited, we all gathered around our computers, phones, and tv screens to watch the hottest and biggest fashion show to hit the red card in all its glory. The Brooklyn United Marching Band kicked off the event while gymnast Nia Dennis performed on the museum steps. The theme of this year’s gala was In America: A Lexicon of Fashion which raises money for the museum’s Costume Institute the first of a two-part exhibition at the Met’s Anna Wintour Costume Center.  The top names in fashion and entertainment showed up and showed out and they didn’t disappoint.  Here are the looks of some of our favorites (and not so favorites) at the 2021 Met Gala that everyone was talking about.