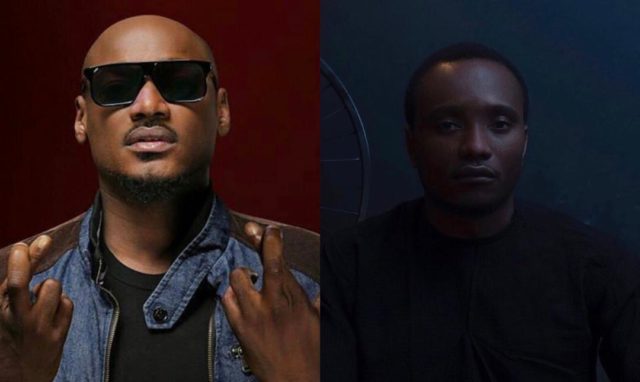 Now Musik, the management company of 2Baba, has slammed Brymo for his recent allegations and made it clear that the law will take its course.

Now Musik, the management company of the iconic Nigerian singer, songwriter, and performer, Innocent Idibia, popularly known as 2Baba, has slammed Brymo for his recent allegations and made it clear that the law will take its course.

You’d recall that prolific alternative singer Brymo recently called out 2Baba, stating that the veteran accused him of sleeping with his wife Annie Idibia and even sent some men to attack him for gunning for his (2Baba) “throne” in the music industry.

Following the accusations by Brymo, legal representatives of 2Baba sent him a letter requesting that he apologizes and delete his tweets within 48 hours or face being slammed with a billion naira law suit, a threat that Brymo took very lightly and even urged 2Baba’s camp to proceed to court. Away from that, Brymo also stated that 2Baba’s reign in the music industry is over, hence he should “stay at home”

Reacting to that, 2Baba’s management company has released a statement, stating that the iconic singer would not be engaging in media merry-go-round with Brymo, but would instead face him in court. They also added that it is not in Brymo’s place to tell 2Baba if his reign is over or not, but his fans’. The statement read:

BRYMO: THE LAW WILL TAKE ITS COURSE.

Brymo’s statement about ending 2Baba’s reign is an opinion, maybe a wish. That’s not something for us to bother about.

If indeed a reign will end, it would be up to 2Baba and the fans. If it’s Brymo that will ascend the throne, that would also be up to the fans and of course, at least a dozen other incredibly talented and eminently qualified artistes most of whom clearly tick more of the relevant boxes than Brymo but then again, it’s every man’s right to dream and aspire.

What is unacceptable is making false and defamatory statements. Nothing can be farther from the truth than Brymo’s statements. Those who know Innocent Idibia will struggle to situate him in the spurious scenarios in the incredulous narrative Brymo has contrived.

Brymo will have an opportunity to substantiate his claims with proof in court. If he fails to do that, the law will take its course, fully. 2Baba will not dissipate energy engaging Brymo in media exchanges. Only a court of competent jurisdiction can serve justice to the innocent and enforce punitive actions against the guilty. Anything else is a circus and we are no clowns.