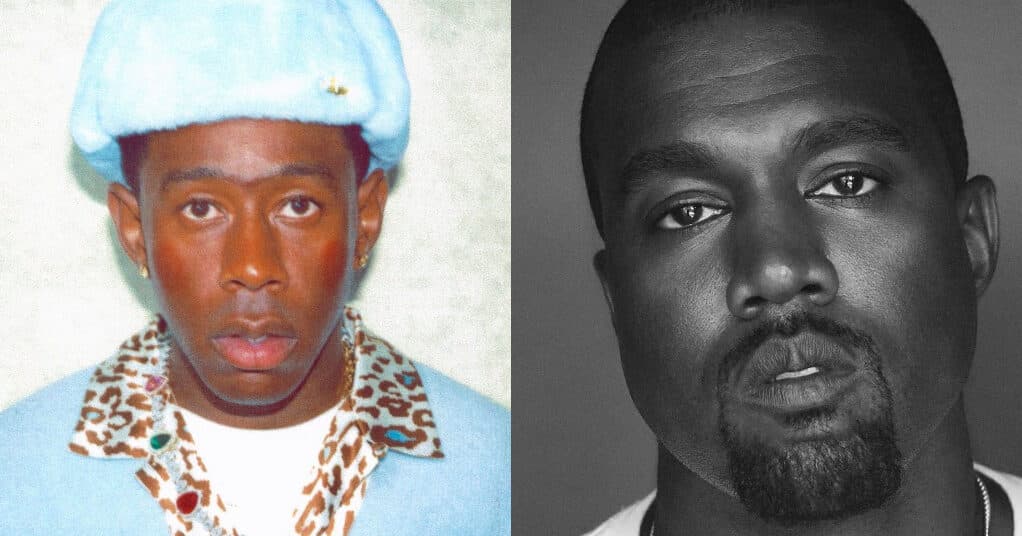 Video footage of Tyler, the Creator and Kanye West working together in the studio has surfaced online. The clip was posted by New York rapper Consequence, who captioned it “Ye x Tyler, Epic Level, Summer ’21.”

The video sees West wearing a mask covering his entire face, while Tyler is standing behind him. A whiteboard behind the pair appears to show a tracklist featuring titles like ‘Donda’, ‘Remote’, ‘New Again’, ‘I Know God Breathed on This’, and ‘Come to Life’. Donda was originally slated for release last year, with West sharing the title track as well the Travis Scott collaboration ‘Wash Us in the Blood’. The tracks ‘Remote’, ‘New Again’, and ‘Come to Life’ did not appear in the tracklist West previously shared.

Tyler, the Creator and Kanye West have worked together in the past, with West featuring on Tyler’s tracks ‘Puppet’ and ‘Smuckers’. Tyler, the Creator released his latest album Call Me If You Get Lost last month, while West appears on Pop Smoke’s new posthumous album Faith.