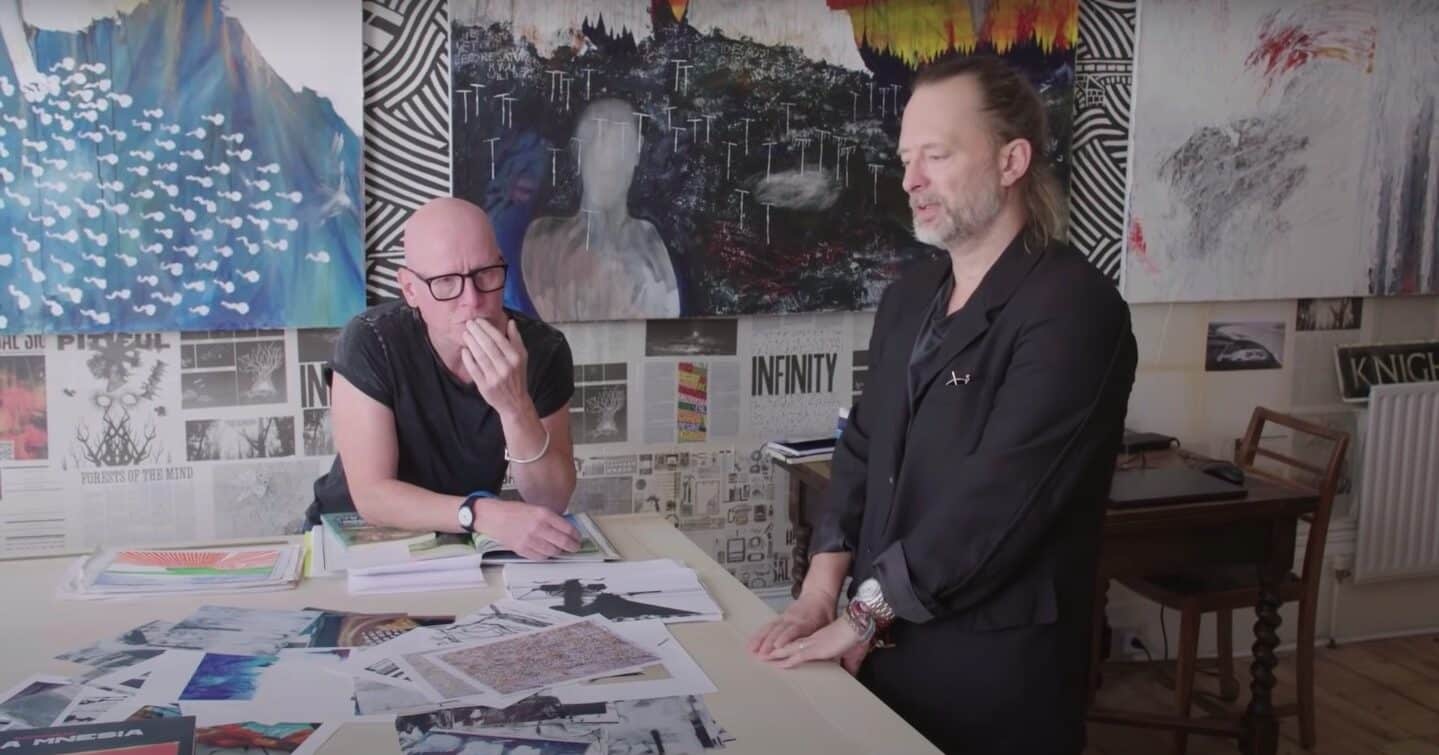 Radiohead have released a new documentary short featuring Thom Yorke and artist Stanley Donwood, who has worked on Radiohead’s visuals for most of their career, discussing the band’s album artwork. The film was made to coincide with a Christie’s auction that includes six of Donwood’s Kid A-era paintings. Check it out below.

On November 5, Radiohead will be releasing KID A MNESIA, a new reissue featuring unreleased material culled from the Kid A and Amnesiac sessions. The release will be accompanied by a pair of books by Yorke and Donwood cataloging the visuals created during the Kid A and Amnesiac eras. The band unveiled the archival track ‘If You Say the Word’ last month, which was later paired with a music video directed by Kasper Häggström.