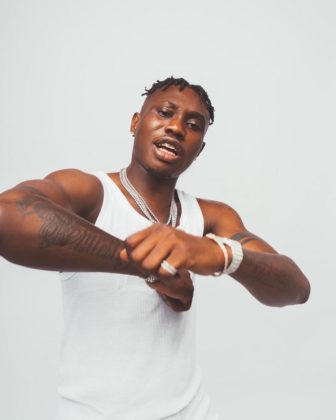 Nigerian rapper, Zlatan Ibile has announced the date and venue for his very first live concert in London, to be held at the Indigo at the O2.

Zlatan announced his London live concert via his Instagram page on Monday, the 19th of July 2021. He revealed that COVID scuttled plans for a concert last year and his team will come back stronger this year.

In his Instagram post, Zlatan revealed that this year’s live concert in London will be his very first headline concert, and hoped his fans look forward to it. The rapper disclosed that the show will take place on the 30th of October at the Indigo at the O2, and tickets will go on sale from Friday, the 23rd of July. He writes;

My people in the 🇬🇧COVID stopped us last year but this year we’re coming stronger. My London friends, I proudly announce my maiden headline line concert in the UK!!! I hope you look forward to this as much as I do. Please see more details below-

Zlatan will probably perform his latest collaboration with British RnB singer, Zion Foster at the live concert in London. Speaking on they made Carry Me Go together, Zion Foster described it as inspirational;

It came very organically. It came through someone who has been supporting me for a long time Kogbagidi. He introduced me to Zlatan and the collaboration was so organic that I just followed the good energy. So that’s why it just happened like that. Working with him was very inspirational, very motivational, and I just enjoyed it. I like his vibe. He’s just a very positive, free guy.